Shennong(神农), which means “God farmer” or “God peasant”, is a deity in Chinese religion. He is a mythical sage healer and ruler of prehistoric China. Shennong is also known as Wugushen “God of five grains,” or Wuguxiandi “first deity of the five grains.” He is thought to have taught the Chinese how to practice agriculture, the use of herbal drugs, the application of plant-based medicine, and acupuncture.

In Chinese mythology, Shennong is credited with the invention of the hoe, plow, axe, dug wells, irrigation, preserving stored seeds (specifically in boiled horse urine), the farmers’ market, and the Chinese calendar. He is also believed to have refined the therapeutic understanding of pulse measurements, the practice of moxibustion (the medicinal practice of burning mugwort on particular parts of the body), and to have instituted the harvest thanksgiving ceremony ( Zhaji Sacrificial Rite or Laji Rite ). 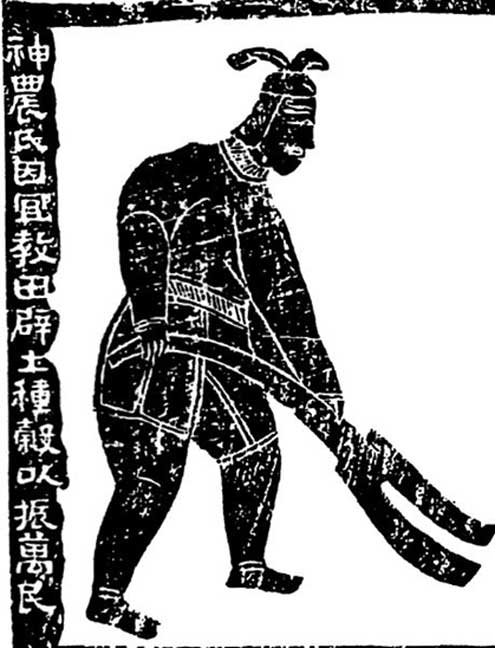 Mural painting from 151 AD of Shennong, the Farmer God, with his plow. ( Public Domain )

It is thought that Shennong lived from 2737 to 2697 BC – this coincides with the commonly held origin of Chinese medicine some 5,000 years ago. However, there is little information on the use of herbal medicine prior to The Shennong Herbal, a manual that covers the use of medicinal herbs, which only dates back about 1,800 years ago.

Legend has it that Shennong was born slightly northeast of the ancient Chinese capital Xian, which lies in the Hua Shan mountains. It is here that Shennong was said to have been born to a princess and a divine dragon. Another proposed mythical birthplace for Shennong is what is now Fufeng county. Sophisticated metal works have been found there dating back nearly 3000 years, showing that there was an ancient civilization in the area.

If Shennong was a true leader of China, and not merely a mythical figure, it is likely that his home was near the eastern border of what is today Shaanxi Province, along the Jiang River, southwest of the Qi mountains. An alternative site for Shennong’s home is Lishan, a mountain in Hudei Province. This is also the suggested location of Shennong’s burial place, in a cave called “Shennong Cave.” 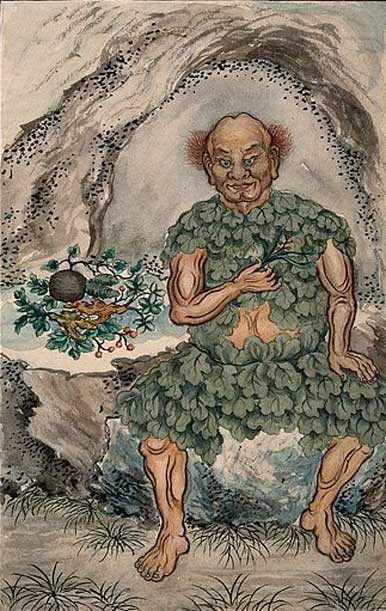 Shennong seated at the mouth of a cave while dressed in traditional clothing made from leaves. He is holding a branch with leaves and berries in his right hand. (Wellcome Images/ CC BY 4.0 )

The Emperor of Fire

First known as “Yan Di,” the Emperor of fire, he came to be known by many more names and titles. Shennong became the “Red Emperor” because his patron element was fire, he was also known as the “God of the burning wind.” He was associated with fire because Chinese legends say he taught people how to clear their farm fields using fire.

The God-Emperor had various attributes associated with him. He is said to have been ox-headed, sharp-horned, bronze-foreheaded, and iron-skulled. One legend states that when he was born those around him knew he was a supreme being because he had the head of a bull and the body of a man, he spoke after three days, walked within the first week, and started plowing fields at three years old. The vision of him with a bull’s head is common in agricultural myths because of the connection between agrarian life and the water buffalo – which is used in virtually all farming activities in China, especially through marshy-rice fields. 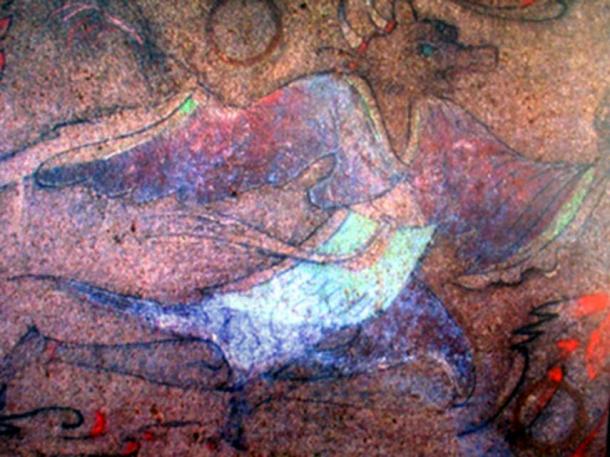 Shennong looked like a man with a transparent stomach in his role as patron of medicinal herbs. It was believed that through this transparency he could see the effects of the plants he was ingesting as they affected him. He is said to have eaten hundreds of plants while using his body to research the medicinal properties. The Huainanzi , a Chinese collection of debates from c. 139 BC, states that people were weak, sickly, starving, and diseased prior to the coming of Shennong. He taught them how to farm and care for themselves. Legends also say that he helped people transition from a diet of meat, clams, and wild fruit, to one based on grains and vegetables. 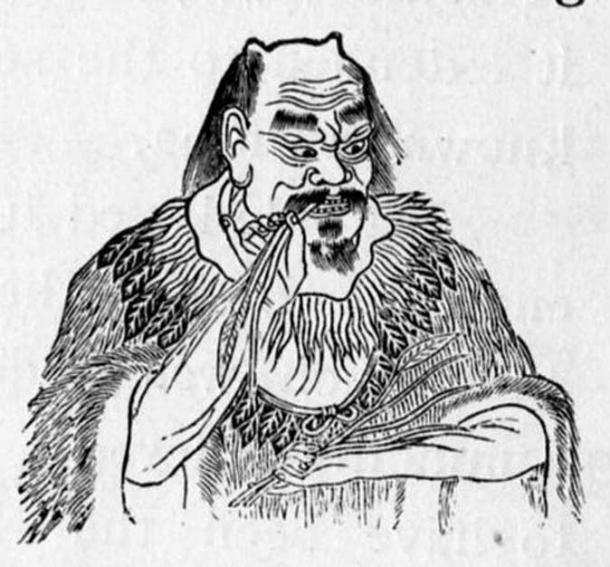 The most well-known work associated with Shennong is The Divine Farmer’s Herb-Root Classic . It was first compiled near the end of the Western Han Dynasty (ca. 306 BC – 220 AD), 2000 years after Shennong is believed to have existed.

The work lists numerous herbs that are graded based on rarity as well as their properties. It is considered to be China’s earliest pharmacopoeia and includes 365 medicines derived from plants, minerals, and animals. The medicines are categorized as “superior” (non-poisonous and rejuvenating), “medium” (having some toxicity based on the dosage and exerting tonic effects), and “inferior” (poisonous but able to quickly reduce a fever and cure indigestion). 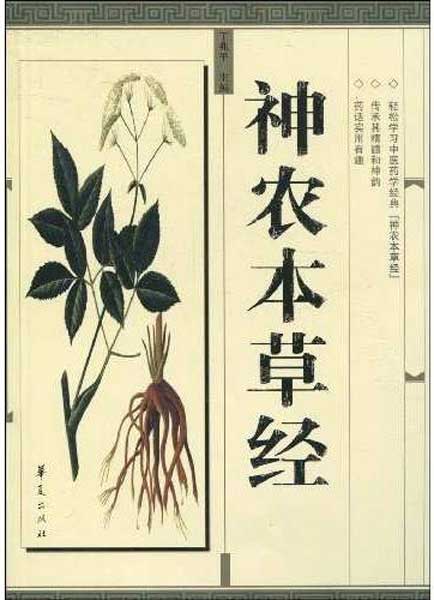 This work suggests that Shennong discovered tea. The story goes, that he had leaves burning above a fire when a column of hot air scooped them up and they landed in a cauldron of boiling water nearby. From this, he found the medicinal purposes of tea that are still used around the world today.

According to Chinese myth, Shennong’s death is said to have come at the hands of his research in medicinal herbs. Supposedly he ate a yellow flower of a weed that caused his intestines to rupture before he had time to take the antidotal tea.

The Second of Three Sovereigns

If Shennong existed outside of myth, he was the second emperor in a group known as “the three sovereigns.” This was a group of god-kings that governed prehistoric China. He is said to have been friends with his fellow sovereigns, Fu Xi and the Yellow Emperor, even though he lived in a time separate from them.

In fact, Shennong apparently shared alchemical secrets of medicine, immortality, and gold making with the Yellow Emperor. Shennong, Fu Xi, and the Yellow Emperor also play a part in the creation myth of Guqin, an ancient Chinese stringed instrument.

As a king and a god, Shennong is venerated on his lunar birthday of April 26 with fireworks, incense, and sacrifices of cows, oxen, pigs, and sheep. Today, he remains the patron deity of farmers, rice traders, and practitioners of traditional Chinese medicine.

Li Si: one of the most important figures in Chinese history