If you ever thought the popular worship of long-gone bards was a uniquely British phenomenon, you may be in for a surprise. The Mandarin poets Li Bai and Du Fu, who lived during the Tang dynasty in the 8th century, are as revered in modern China as they were 1,000 years ago. Whether they’re quoted in official speeches or inspiring a hard rock band, the writers’ cultural prominence is fit for overstatement.

Generally considered to be the country’s greatest poets, Du Fu and Li Bai were contemporaries during the Tang dynasty, an era which has since become known as the Golden Age of Chinese poetry. Such is its preeminence in literary history that the majority of verses written since are said to refer back to it, whether to our duo’s works or that of other writers such as Wang Wei and Cui Hao. Today, one need only look at the existence of a hard-rock band named Tang Dynasty, or the recurring poetic invocations of current Chinese leader Xi Jinping in official speeches, to have an idea of its influence. And the uses are wide-ranging; as recently as last month, Wang Xiaohui, editor-in-chief of the government’s information website, concluded his New Year message thusly:

“The world will not be a peaceful one in 2017, but Chinese diplomacy will be more than remarkable. Let me quote a line from the great ancient poet Li Bai as a wish for the new year: ‘A time will come to ride the wind and cleave the waves, I’ll set my cloudlike sail to cross the sea which raves.’ ”

Make of it what you will, just don’t ask where he’s going.

The debate over which of Du Fu and Li Bai is the better bard has existed in one form or another for some time. That is, since scholarship on their poems first appeared in the 9th century (although they began to be written about extensively in the 12th). 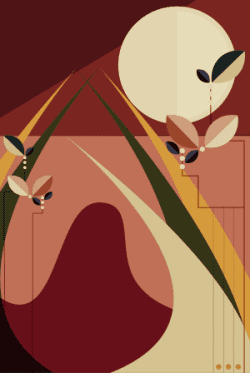 I am drunk, long to sleep;
Sir, go a little—
Bring your lute (if you like)
early tomorrow!

‘Drinking With a Gentleman of Leisure in the Mountains’
—Li Bai (translated by Arthur Cooper)
Li Bai was born in 701, a little more than 10 years before Du Fu. Although the poets met and became lifelong friends in 744—when the former was already a star—their career trajectories are vastly different. Li Bai was of a rather romantic temperament, and led a lifestyle that can best be described as mildly debauched. His poems are passionate, carefree, and portray the kind of pretty pastoral scenes, or urban diversions, one would’ve experienced while going around the country. As avid a reveler as he was a traveler, Li Bai became extremely well connected to the ruling bureaucracy, and even spent some time as the emperor’s guest in the early 740s. By the time he died in 762, the poet was celebrated throughout China, and had already been included in prominent anthologies (although it is worth noting that he wasn’t seen as one of the greats quite yet).

The winds cut, clouds are high,
apes wail their sorrows,
The air is fresh, sand white,
birds fly in circles;

Autumn’s each faded mile
seems like my journey
To mount, alone and ill,
to this balcony;
Life’s failures and regrets
frosting my temples,
And wretched that I’ve had
to give up drinking.
‘From a Height’
—Du Fu (translated by Arthur Cooper)

In sharp contrast stands Du Fu—a man whose life was marked by great hardship and petty failures. The son of a minor official, his dreams of government employment were disappointed by his inability to pass the civil service exam (Li Bai never bothered to take it). The poet made two attempts, in 735 and 747, and was unsuccessful in both—something which has confounded critics and historians ever since (in the first instance, the likeliest explanation is his inability to make influential connections while in Chang’an, the capital; the second, meanwhile, was due to a political directive blocking the entirety of that year’s applicants). He finally managed to complete a special exam in 751—submitting his work directly to the emperor—but wasn’t able to secure a post until some four years later, by which time the regime had only months to live.

His two encounters with Li Bai in 744 and 745 were instrumental in his creative development, and his younger days were spent just like his elder’s—drinking, traveling, and refining his military and artistic talents. Professional failures and periods of penury, however, soon turned his poetry toward more melancholy subjects, a change exacerbated by the An Lushan Rebellion, which toppled the regime and ravaged the country from 755 to 763. Whereas Li Bai managed to always be in the services, or good graces, of powerful patrons, Du Fu was arrested twice (once by each rival faction), escaping the first by disguising himself, and being forced into exile after the second. His work during that period, considered to be his finest, took a Confucian turn and became marked by social realism, with themes of duty and responsibility. He died poor in 770 while traveling by boat down the Yangtze, and by all accounts resigned to his fate.

Official examinations had for centuries been a requirement for government service in China, and included a literary component, of which poetry was a part until the mid-14th century. This may explain why major poets at the time were all in some way concerned with public work. That is, all except Li Bai, who from the very beginning refused to take the exam, and played the role of the backpacking scholar-official to the utmost. Something which worked out rather well for him.

If Li Bai was recognized during his lifetime, it wasn’t quite so for Du Fu. The first scholarly mentions of him date from the 9th century, and were, it is worth noting, already busy comparing the man to his mentor—some of their poems were found to be dedicated to one another. Yet it wasn’t until a critic named Yan Yu, active from 1194 to 1245, rediscovered Du Fu and promoted him as the pinnacle of classical poetic tradition that his legacy blossomed.

Today, out of the two, Du Fu is without doubt the preferred subject for littérateurs and academics, to the extent that research on his life and works easily outnumbers that on Li Bai’s. He is widely admired for his range, whether in terms of subject matter (he wrote on everything from military tactics to paintings) or form, as well as for his poems’ evocative symbolist esthetic. Du Fu was regarded in his time as unconventional, a trait that gradually became known, centuries later, as that of an innovator.

And yet there is no denying that Li Bai is the more popular poet. The places he’s lived in are tourist destinations, and myriad novels, dramas, TV shows, songs, paintings, and other cultural products have been spun around his oeuvre and his lifestyle. Beyond political recycling, his poems have also been frequently found in the West, whether as inspiration for Gustav Mahler’s symphonic poems Das lied von Der Erde, or via Ezra Pound’s translations. Overall, Li Bai, the Taoist adventurer, is appreciated for having been strongly influenced by tradition, and his poems are the continuation, if not culmination, of ancient Chinese poetry; he’s not so much a technical innovator as the undisputed master of certain forms, including yuefu (folk songs) and lüshi (regulated verse). 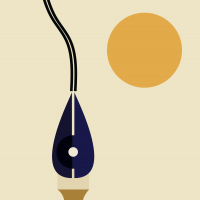 While we won’t be able to tell you which of Du Fu or Li Bai, the innovator or the master, is the greater artist, we assure you both are China’s literary heroes, and the country’s most influential poets—which, for 1,000-year old literature, is no mean feat.

History of China in Short

Common people in the Qing Dynasty

Mausoleum of the First Qin Emperor and the Terracotta Army